Nothing says fall like a big hearty bowl of soup... 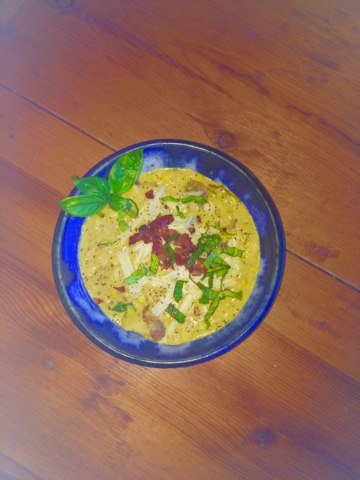 And we're (finally) celebrating the best season of the year officially starting with just that.

My dad has been craving corn chowder like CRAZY the past few weeks, and every time he suggests it for dinner, I turn it down because it's just been too hot in my opinion... 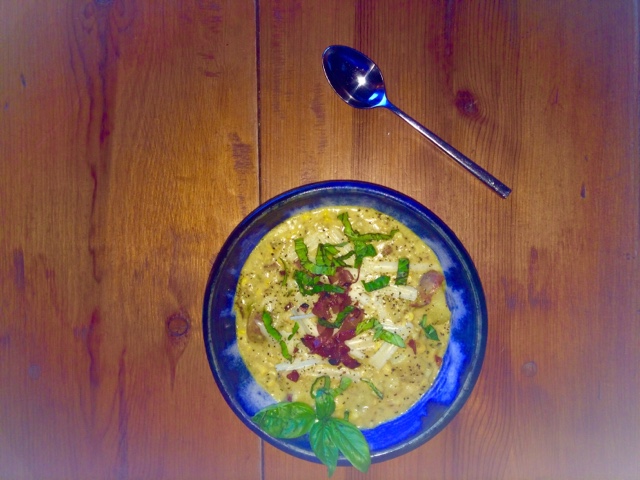 Well, not any more! It's still not chilly outside, but I'd say it's cool enough for some corn chowder. 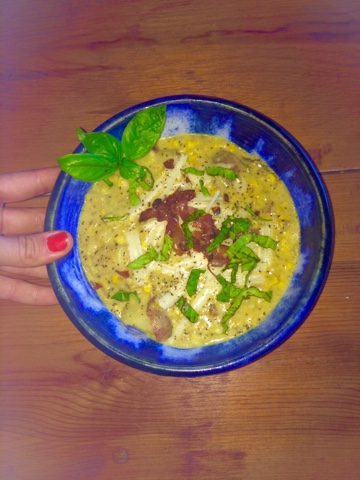 This was one of those recipes that just sits in my notes, untouched, and almost completely forgotten about. I actually have so many recipes I want to try, but just haven't gotten around to it yet. It's a little crazy how old some of them are. Ever since I read the book Letters to a Young Chef, there has been a pretty insane recipe I've had in mind. And I think that was over 3 years ago. I'm honestly a little intimidated by all the components I shoved into it. I guess you can say my New Year's Resolution hasn't gone all that well... 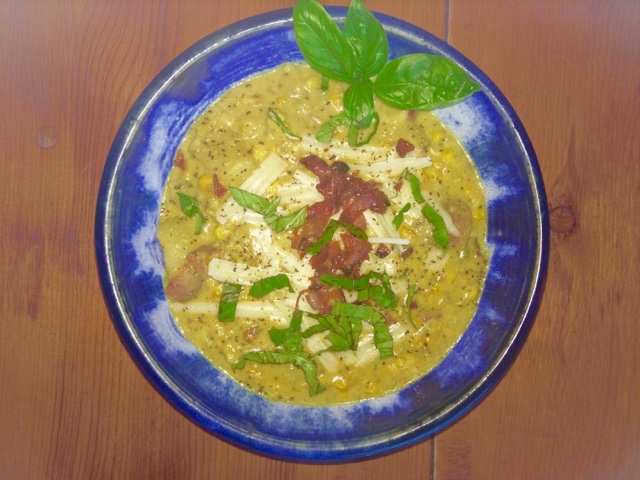 Since my dad has had the appetite for chowder, and I already bought the ingredients I needed, I thought it would be the perfect time to test it out. Then I realized I forgot to get one thing, and in my opinion, the most important thing. The cheese. 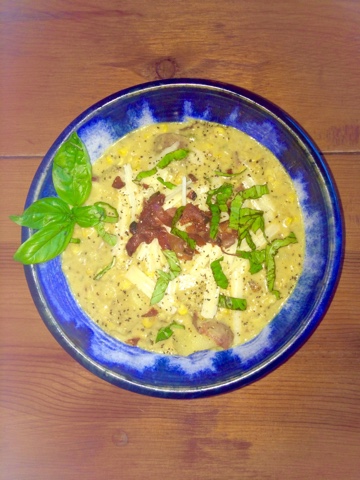 So another week went by before I finally got around to making it, and I'm so glad I waited. The corn I had originally purchased was precut and frozen, which can work, but won't roast as nicely as fresh corn will in this recipe.
Luckily, when I went back to get the cheese, they had just restocked on fresh corn, so I snatched a couple cobs and started cooking. I'm pretty sure my family deserves an award for how much corn we've eaten this summer. It's just so dang good. By the way, I've found my new favorite way to cook corn. Baking it. You can also roast or broil it in the oven afterwords to get a nice char, but either way is delicious!

So how do you get the perfect baked corn? 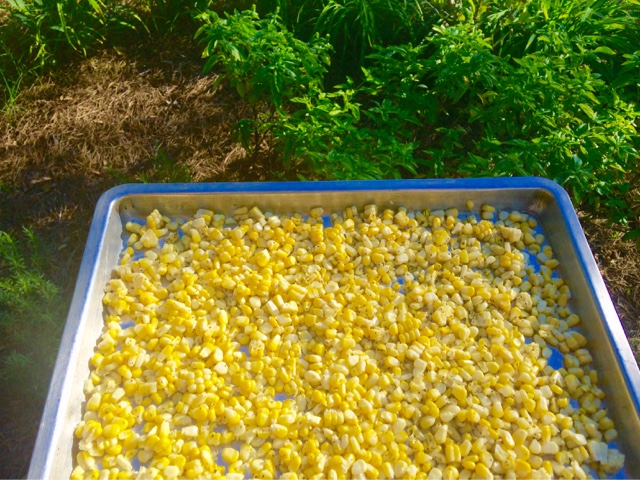 Set oven to 350º. Keep the corn in husks and bake for 30 minutes. Let cool and peel husks back. Broil/grill or cut kernels off cobs, drizzle with olive oil, salt, and pepper and roast at 425º for 25 minutes  (method for this recipe) if wanted.

Simple as that. And the husks are SO easy to pull back after being baked. No stringy mess here!


Preheat oven to 350º.
Bake corn in husks for 30 minutes. Let cool, peel husks, and shave corn off cobs. Spread on a baking tray, drizzle with 2 tbs. olive oil, salt and pepper, and roast for 25 minutes or until kernels begin to get charred.
Meanwhile, saute the shallot, onion and jalapenos in 1/4 cup olive oil in a large pot on medium heat until softened and caramelized (about 5-8 minutes). Add quartered potatoes and a dash of both salt and pepper in. Seasoning a little as you go helps build the flavor! Saute for 10 minutes so the potatoes start to crust. Add the chicken stock and cook on medium low until potatoes are cooked through. Add corn and blend half of the pot until creamy in a blender (you might need to do it in increments depending on how large your blender is- don't fill it up more than 3/4 the way through because of the heat. Pour back into the pot, add spices, and stir to combine. Add the cream, 2 tbs. fresh basil, and season to taste. Turn on low until ready to eat (let cook down for at least 5 minutes).
Roughly chop the proscuitto and saute until crispy.
Top soup with crispy proscuitto, grated white cheddar, and more fresh basil. 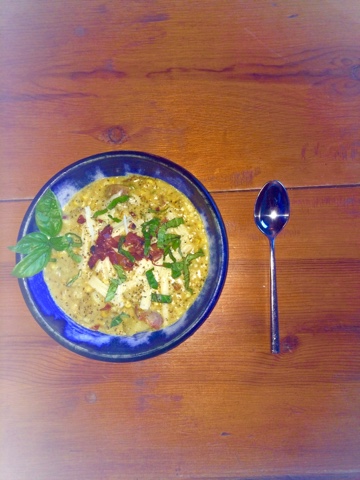